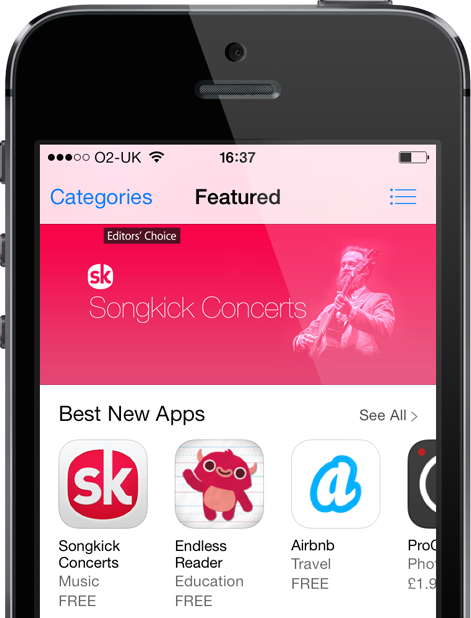 For the last few months I’ve been working, as part of the mobile-apps team, on building a new version of the Songkick iPhone app. We’ve been busying adding some new features, including a complete UI redesign (to bring the app more inline with iOS 7), better ticketing integration, and the ability to scan your Spotify library to import your favourite artists.

We launched a couple of weeks ago, and were lucky enough to be picked as the “Editors’ choice”, as well as being featured in over 200 App Stores. Check it:

We’ve had some great PR from the release, including coverage in The Guardian and TechCrunch.

Some things I’ve learned along the way: 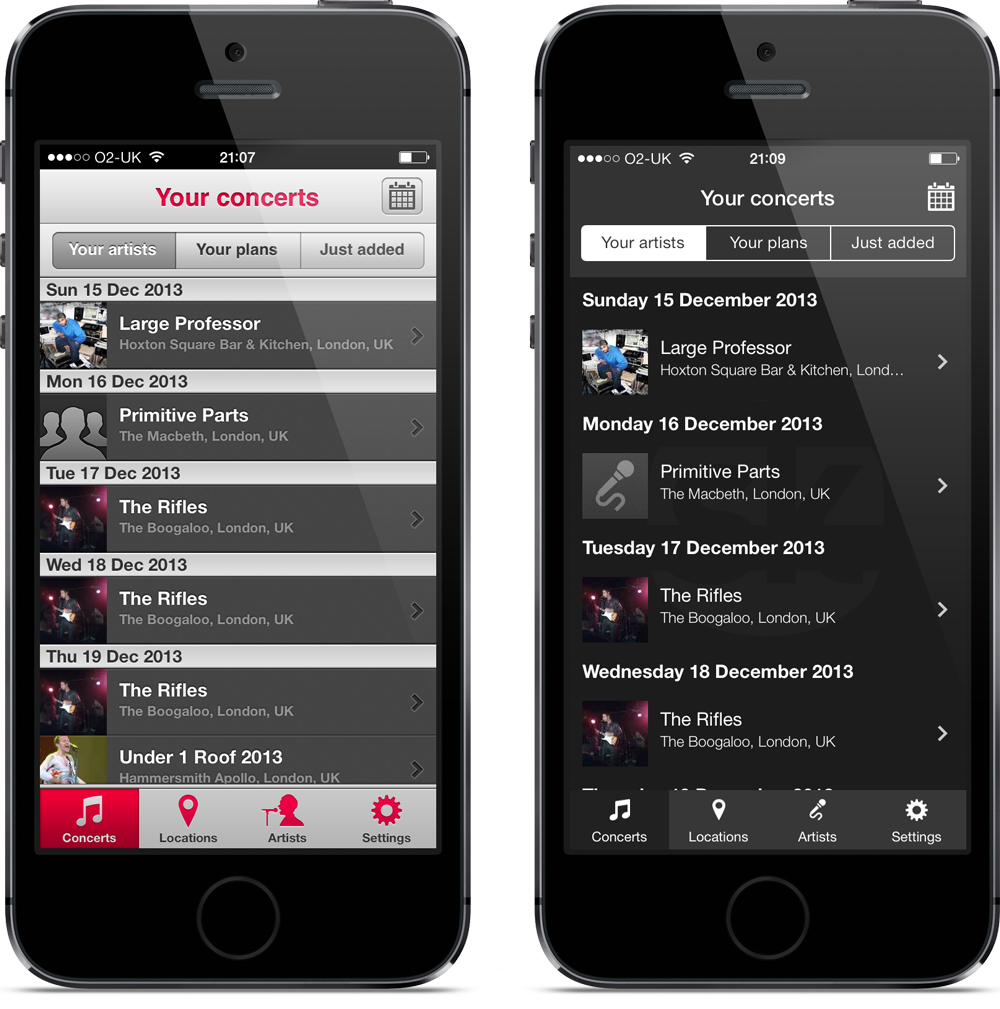 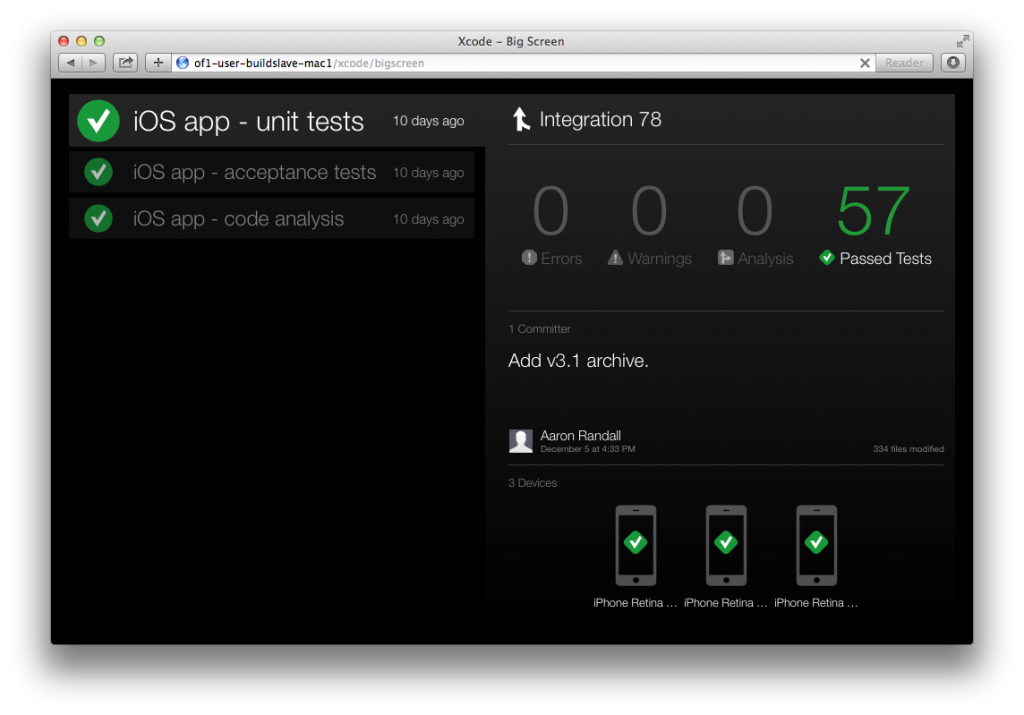 If you haven’t already, you can download the lastest version of the app here. Let me know what you think!